KHS is a German company for the distribution of military watches and tactical gear.

KHS tungsten carbide rings:
This exceptional ring is made of solid tungsten carbide.
Tungsten carbide is characterized by its extreme density and hardness.
For this reason, its primary uses in modern military technology as the core material armor piercing ammunition (APFSDS) or used as neutron reflectors in nuclear weapons.

It was a pressure of 1600 bar and a temperature of 1600 ° C in order to form this ring! In another method, then the logo KHS was applied to the ring.

For example, if the ring finger swells
following an accident and the ring can no longer be removed,

an emergency doctor must be
consulted immediately or the nearest hospital must be visited!

Jewellers in the vicinity not trained
with the handling of KHS tungsten carbide rings cannot help! 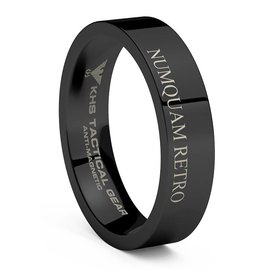 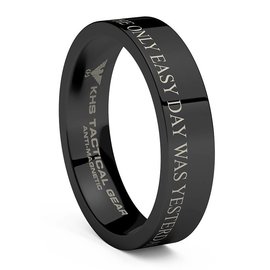 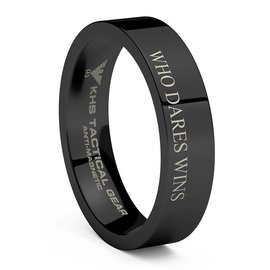 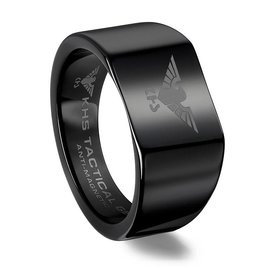 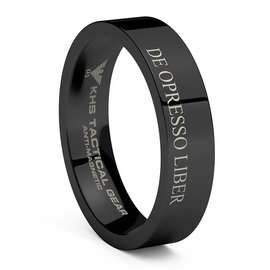 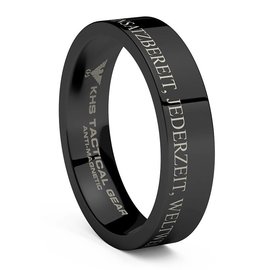 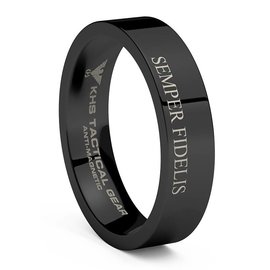